A proper understanding of the microstructure of cementitious materials is important in ensuring desirable properties and to help develop models that are capable of predicting performance. The pore structure of cementitious materials including those of novel binder materials are extracted using mercury intrusion porosimetry, electron microscopy, and x-ray tomography. The actual microstructures extracted from these techniques or simulated microstructures are input in predictive tools for properties such as fluid permeability and elastic properties.

The influence of the characteristics of the particulate inclusions on the mechanical properties and failure stresses in cementitious systems are explored through the use of finite element models. The effect of softer and harder inclusions (relative to the stiffness of the matrix), and the interfacial layer around the inclusions, on the overall stress distribution in the composite are being studied using microstructure-guided finite element models. The attempt is to ensure microstructure-based material design that ensures property equivalence when novel inclusion materials or recycled aggregates are used in concretes. 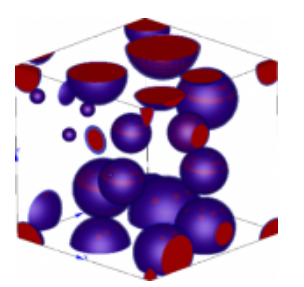 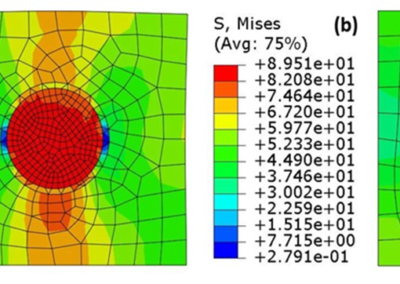 The modeling of chloride ions into the concrete, and calcium ions out of the concrete (in leaching conditions) are the subjects of our modeling efforts. The presence of other ionic species in the pore solution influences the transport characteristics of the chloride ions. The Nernst-Planck equation is often used to describe the simultaneous electrodiffusion of multiple ionic species in solution. The evaluation of the electrical potential in the sample (for spatially varying electrical potential) requires application of the Poisson’s equation that relates electric potential and electrical charge due to the ions in the solution. Thus, Poisson’s equation is coupled with the Nernst-Planck equation to describe ion transport in concretes under an applied potential. Finite element (FE) solution of the coupled Poisson-Nernst-Planck (PNP) equation is used to determine the concentration profiles of different ions as a function of time. Read More

Electrical impedance based models for prediction of microstructure and concrete properties 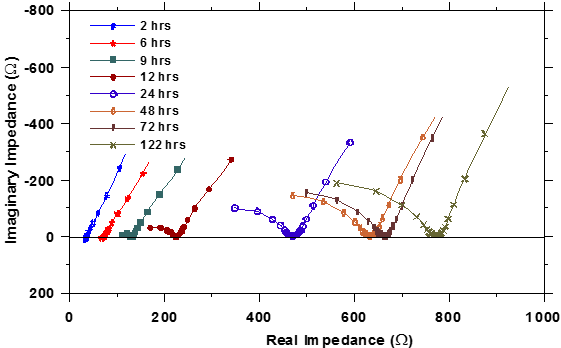